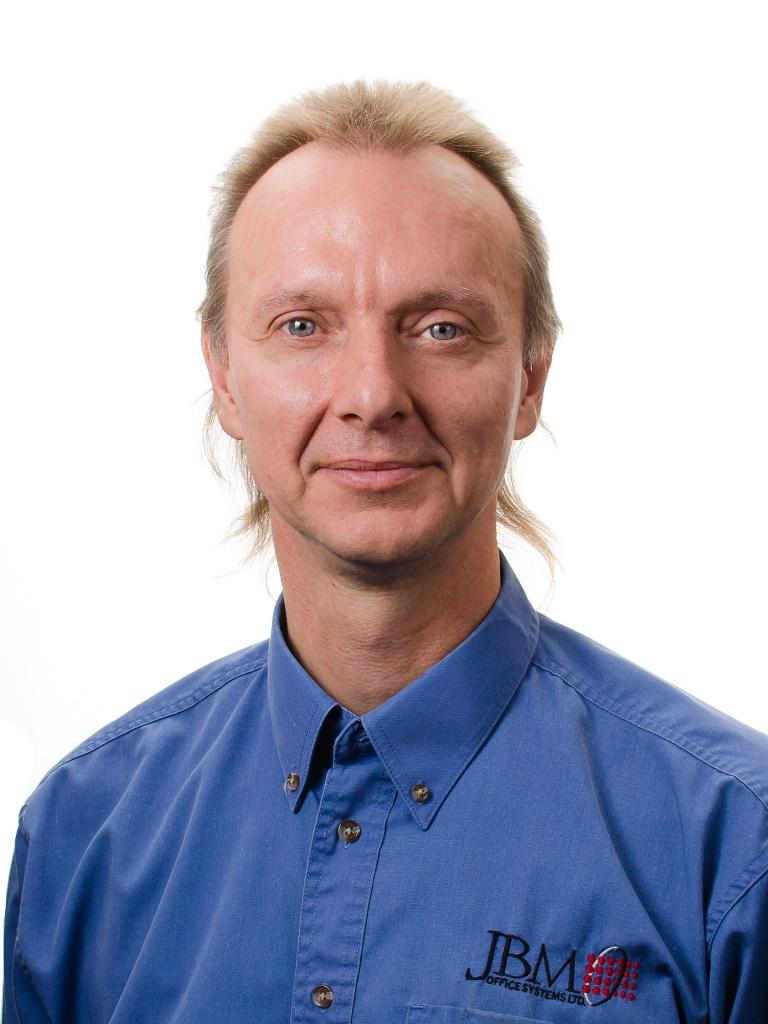 Jim started his career in the copier industry in February 1984.  For 17 years prior to joining JBM Office Systems, he became well-versed in the Ricoh brand of fax, copier and printer equipment through various roles with Ricoh Canada including Service Technician, Supervisor Technician and Service Manager. From 1995 to 2001, Jim acted as Service Manager with Ricoh Canada where he had eleven technicians that he managed and on multiple occasions was recognized as the top performing service manager for Ricoh Canada.

In 2001 the Ricoh Branch in St. Catharines was closed and moved to Burlington.  This opened a door for Jim to search for a new opportunity in Niagara and JBM Office Systems became his new home.  Eliminating the commute and delving into other areas outside of Ricoh’s expertise were key factors in his decision to come to JBM. Jim’s tenure with Ricoh gave him a wealth of knowledge to help propel JBM’s service department to new heights. Under his leadership, JBM’s service revenue has grown considerably every year for 15 years.

Since joining JBM, Jim has become trained and certified on the complete line of equipment we sell including the Neopost, Rena, Toshiba, Lexmark, Samsung and OKI brands. Outside of Jim’s technical expertise (there ain’t nothing he can’t fix!), his demeanor and customer service skills have helped to shape the whole service department into a highly trained and skilled set of technicians.